Get 22% Off All Specialty Filters with 22FILTER. SHOP NOW

Get 22% Off All Specialty Filters with 22FILTER + Free Shipping. SHOP NOW

How to remove odors and other gas pollutants from your home

TruSens air purifiers eliminate indoor odors and gases with the 360-degree filter. The filter includes four levels of purification, one being UV-C light that destroys germs and bateria trapped in the filter.

One of the most enjoyable parts of cooking is the satisfying smells that overpower the kitchen. However, these satisfying smells can turn unpleasant after they linger for some time. Mold, cigarette smoke, pets, and congested rooms may be a nuisance or even harmful.  Besides, who wants to welcome guests to a home that smells like their beloved animals, the salmon dinner from last night, or the kid’s sweaty athletic gear?

Common causes of odor in your home

TruSens reduces the impact of many common odors and gases found inside the home.

The DuPont™ filter is at the core of purifying your air. The TruSens combination filter has been engineered to capture microscopic particles and allergens as well as odorous gases caused by pets, cooking, and even volatile organic components (VOC’s), like formaldehyde from carpet and new furniture.

The TruSens Air Purifiers have an additional purification layer.  UV-C light destroys any microscopic airborne organisms that get trapped in the HEPA filter. Untreated, these microbes multiply and can cause foul odors. When bacteria, viruses, and protozoa are exposed to the germicidal wavelengths of UV-C light, they are rendered incapable of reproducing and infecting. 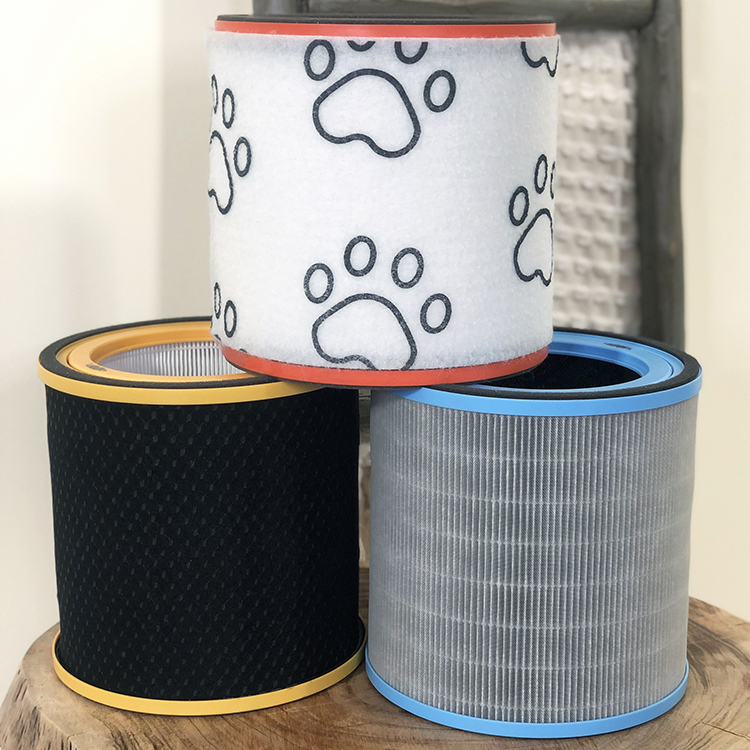 Use code 22FILTER to get 22% off all Specialty HEPA & Carbon Filters + Free Shipping!